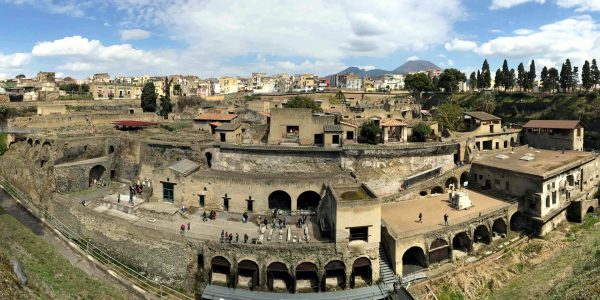 The Herculaneum Guided Tour takes 2.5 hours and it includes all the landmarks that made Herculaneum worldwide famous. Named after the Greek hero Hercules, is a small town in Campania on the west coast 8 km south-east of Naples. By the first century AD, Herculaneum had become a holiday resort for rich Roman traders. They built their houses on terraces that extended to the edge of the cliff and the view across the bay must have been spectacular. Many high-status Romans either had permanent or seasonal residences there. Buried by the fury of Mt Vesuvius in 79 A.D., the state of preservation of the buildings is generally much superior compared to Pompeii and Stabiae which have suffered the same tragic fate.

You’ll meet your guide at the entrance of the Archaeological site or another agreed location.

The tour starts with a bird’s eye view of the site from a huge terrace that would have been part of the mud that once covered the all city.

It overlooks the Ancient shore  of Herculaneum where are still visible the skeletal remains of those who were unable to escape Vesuvius’s destruction.

Thanks to the new reserches your guide will tell you about the recent discoveries and the secrets that the skeletons reveal about Roman life.

The statue and the Memorial Altar of  Nonius Balbus dominate the upper terrace: onetime governor of Crete and Libya, owned a luxurious house in Herculaneum and the portraits of his whole family were found in the Basilica.

During the visit it will be easy to imagine what life might have been like that time thanks to its level of preservation: bakeries, taverns, second floors, carbonized wood, furnishings and much more.

Awesome examples of Roman residences are the House of the Wooden Partition and the House of Samnites with their vivid paintings and mosaics.

Other key locations are: the Thermal Baths and  The House of the Mosaic of Neptune and Amphitrite.

The Sacellum of the Augustales, a sort of temple dedicated to the Roman Emperor Augustus, bring you to the end of the tour. 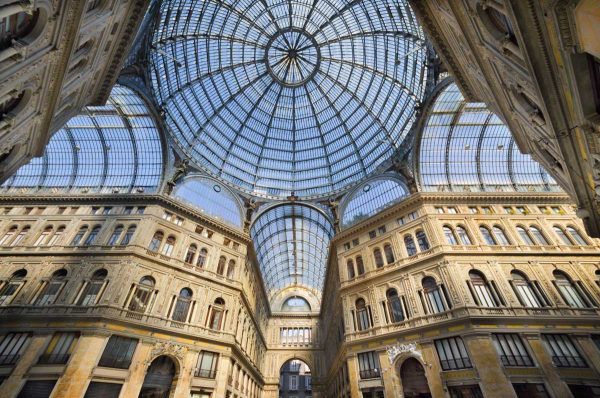 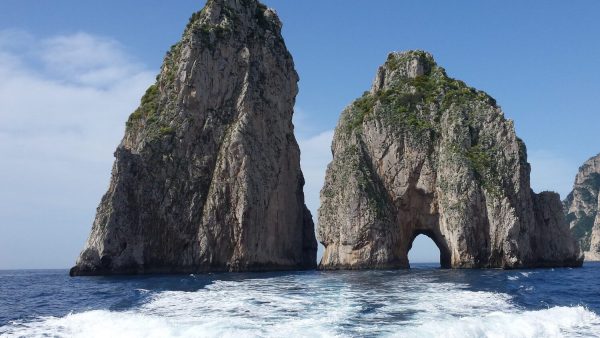 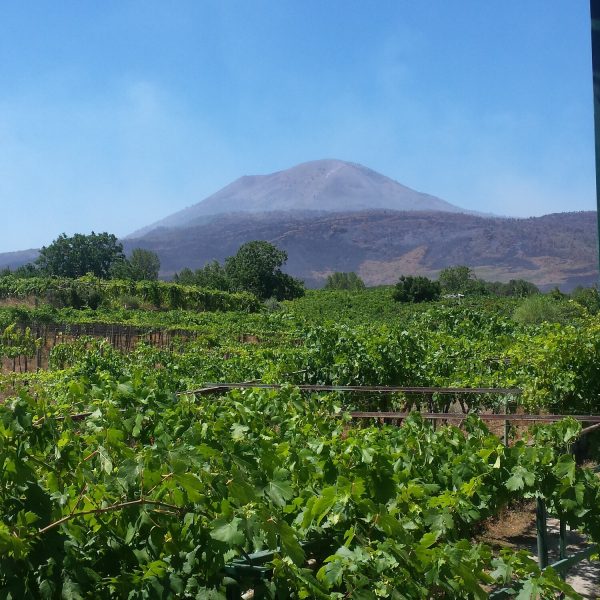